My personal health story started to change for the better in May of 2014. For many years I had been having digestion and headache issues which led me to take over the counter medicines. Medicines that had once been prescription drugs but were now available over the counter. Even though they were labeled to see a doctor if symptoms continued for more than 2 weeks, it didn't stop me as I wanted relief and didn't want to spend money to go to the doctor. But after a few years of this I started having other problems including joint pain, especially knee and shoulder pain. So, I'd take even more ibuprofen.

After years of this bad cycle, I noticed that I wasn't getting better. In fact, I felt even worse. As you can see in the "Before" picture, my skin was becoming not only pale but also it had a gray hue to it. I didn't even want to get up to do much because my knees hurt so bad. The next scary thing that happened, I started getting heart palpitations. And then one morning, I woke up with my heart pounding out of my chest and I was very weak. Then it went into a racing heartbeat and wouldn't stop. My husband was working out of town so I called my daughter and she came and got me and took me to the hospital. The hospital did all their tests and gave me some blood pressure medicine and kept me for about 4 hours until my heartbeat slowed. They sent me home with instructions to continue the blood pressure medicine unless my heartbeat went lower than 60 beats per minute. I informed them that my regular heartbeat is in the low 60's. "Well, then if it goes below 50," they said. They also gave me a follow-up appointment with a cardiologist. 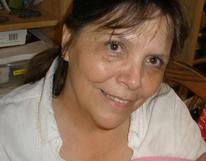 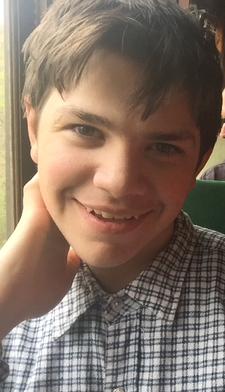 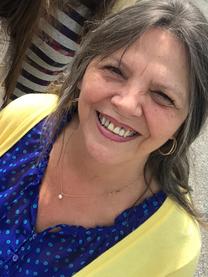 After returning home and trying to rest (I was feeling a bit unnerved by the whole ordeal) but still having to take care of my disabled son, I went to bed and hoped I'd wake up in the morning which I did. But for the days that followed, I felt like I was in slow motion and every step I took hit with a thud and reverberated through my brain. Also, every step I took the world was going by me at high speed. At one point I went to the store to buy groceries while my son was at his speech and occupational therapy and I realized that I felt like I could collapse any minute. Luckily I made it home. I took my heart rate and it was in 48. Right then, I decided I was getting off of the blood pressure medicine. I took myself off of them slowly as recommended and began looking for natural remedies for my issues online. I found that the acid blockers and ibuprofen especially taken together can produce heart palpitations and damage to the heart as well as stomach. The acid blockers didn't allow my food to digest properly and was causing a nutritional deficiency which was why my joints had begun to be inflamed. Then when I would take the ibuprofen I was causing even more irritation and acid to my stomach and the acid reflux was scalding my esophagus. And again, right then, I decided I was going to find a way to get off of all medicines.

When I began looking online for natural remedies for heartburn and acid reflux, I found a little test that you could do to find out if your stomach produces too little or too much acid. Mine was definitely produced too much. The natural remedy that I found to help me was to eat Red Delicious apples because the sweeter the apple the better it would work. But heads up, when you first get off of acid blockers your stomach goes wild producing acid so you'll need plenty of apples! I would eat a Red Delicious apple every time I needed it which was often at first. But it got better and I was able to eat half an apple whenever my stomach had too much acid. Another thing I decided to do was to quit drinking anything with caffeine in it.

Then one day I got an invitation from a blogger that I followed and trusted that she was going to do a webinar about essential oils. So, I signed up and began doing a little research on essential oils. I didn't really know what they were but found that an oil that I had used for many years (Melaleuca) was actually one. I became more and more interested as I researched essential oils and especially as they related to my special needs son. So, long story short, I attended the webinar and right afterward signed up with the Natural Solutions Kit. I knew in my heart that